What is drip irrigation?

Drip irrigation is renowned for being a very efficient method of watering plants. By way of example, the average sprinkler system has an efficiency of around 75-85%. Drip irrigation, in contrast, has efficiencies in excess of 90%. Over time this difference in water delivery efficiency will make a considerable difference in crop production and the company’s bottom line. In areas where water is short supply, such as the desert regions of the US, drip irrigation has, unsurprisingly, become the preferred method of irrigation. Drip irrigation systems are relatively inexpensive and easy to install, simple to design, and help maximize plant health due to the reduced moisture levels on fields.

This form of irrigation, sometimes called trickle irrigation, applies water directly and slowly to the soil. The technique’s efficiency is provided by two major factors. The first is that water is absorbed by the soil for access to the plant roots rather than running off or evaporating. Secondly, the water is only supplied to those areas of the field that actually need the water, i.e. the plant roots. Most drip irrigation systems are simple to design which minimizes design errors and installation flaws. 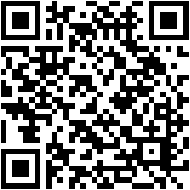